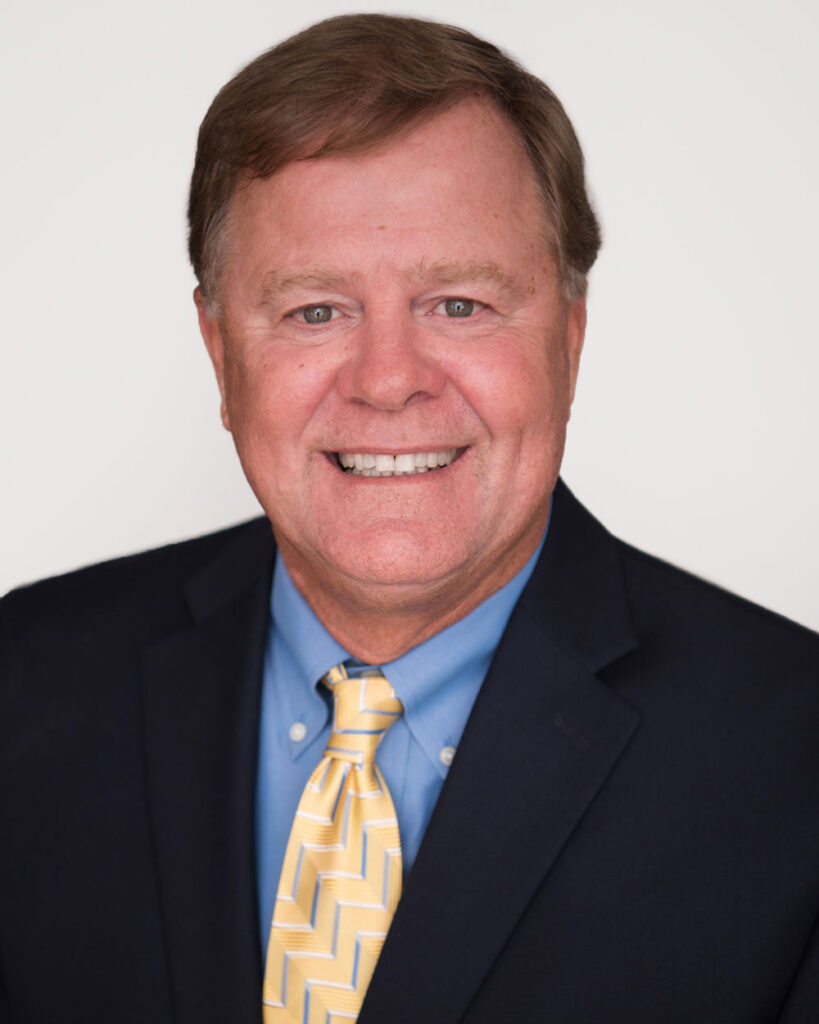 Mr. Wikle was a Director of Jefferson Bank of Florida from 2007 until its sale in 2017.  He owned and operated Coldwell Banker Wikle Properties, a commercial and residential real estate firm, located in Palm Harbor, Florida from 1992 until he sold the franchise to Coldwell Banker NRT in November 2009. Mr. Wikle is also a real estate investor and developer in Pinellas and Pasco Counties and is very active in the community, serving on the Board of the Tarpon Springs Chamber of Commerce, and as a past Secretary and Treasurer for the Greater Clearwater Association of Realtors. He served as a Trustee for the First United Methodist Church of Tarpon Springs and has served as Chairman of the Tarpon Springs Chamber of Commerce and Tarpon Springs Jaycees. He served as a director of Madison Bank from 1996 until 2004.  Mr. Wikle is a native of Palm Harbor and received his Bachelors Degree in Real Estate from Florida State University. 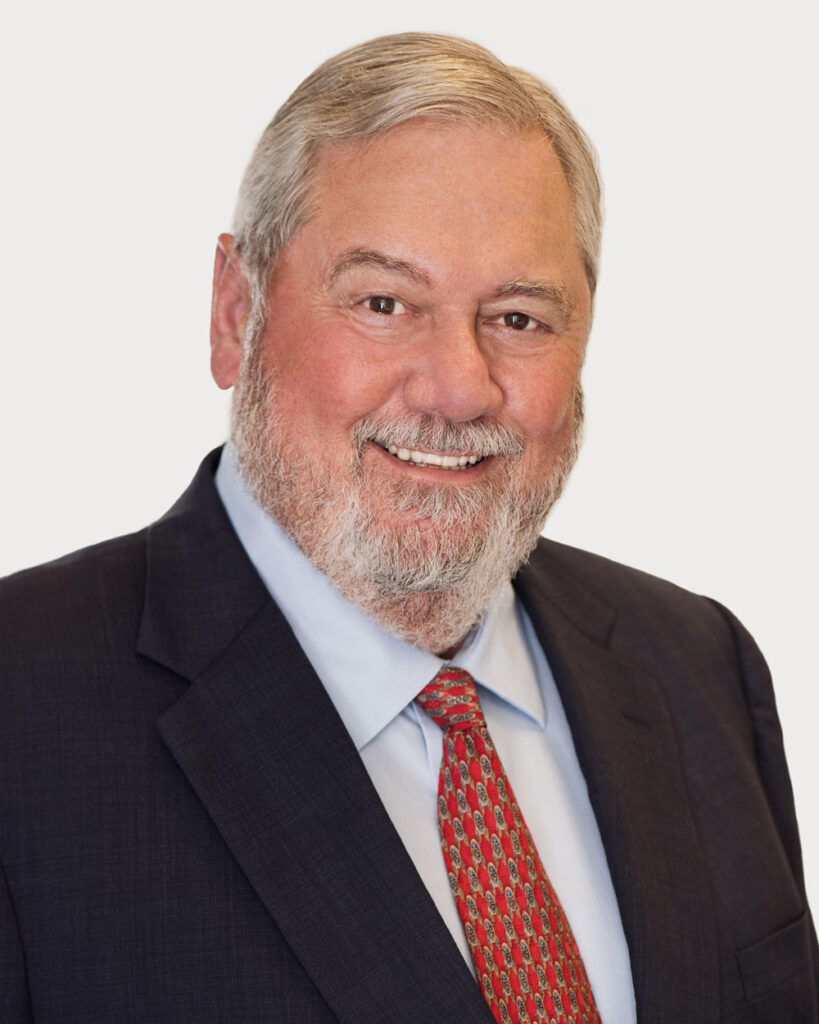 Robert B. McGivney, CEO & Vice Chairman of the Board

Mr. McGivney was the Chairman of the Board and Chief Executive Officer of Jefferson Bank of Florida 2007 until its sale in 2017. From 2017 to 2019, he held Regional and Market President positions with its successors, Harbor Community Bank and CenterState Bank, N.A. He was also a director and the Chief Executive Officer and President of Madison Bank from September 1990 until it merged with Whitney National Bank in August 2004. From the time of the merger until September 2005, he remained as Area President for Whitney Bank. Prior to joining Madison Bank, Mr. McGivney had been a banker in San Antonio, Texas for 21 years, 17 of which were with Cullen/Frost Bankers, Inc., then a $13 billion bank holding company headquartered in San Antonio. He served as Chief Executive Officer and President of one of the holding company’s affiliate banks and President and Chief Operating Officer of another in San Antonio. Mr. McGivney is active in the community and has served on the Board of BayCare Health Choices for the past three years.   He previously served two terms on the Board of Directors of the Florida Bankers Association. He was also the Chairman of the Trustees of Mease Hospitals. He was a member of the boards of Morton Plant Mease Health Care and BayCare Health System for 18 years and has served on the Executive Board of the West Central Florida Council of the Boy Scouts of America. 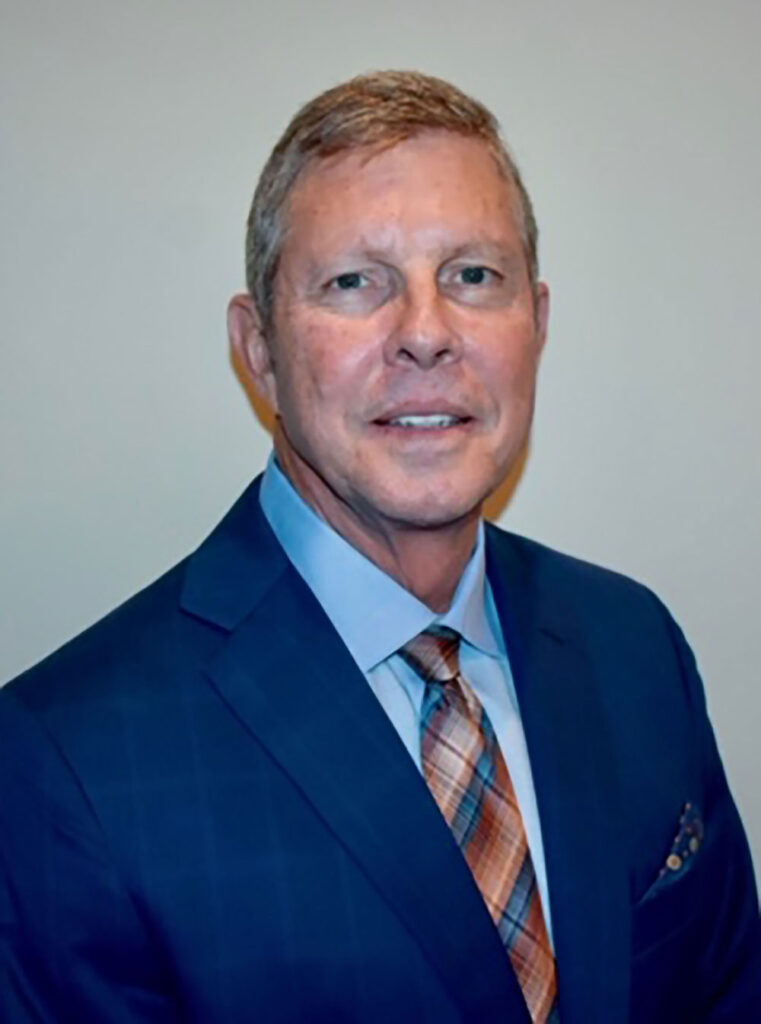 Mr. Brandon served as a director of Jefferson Bank of Florida from 2009 until its sale in 2017. Following the sale, he served on the Board of Directors of Harbor Community Bank until its sale in 2018. He graduated from the University of Florida, School of Building Construction and founded Brandon Construction Company in 1983. Mr. Brandon serves as a Trustee of the University of Florida, where he chairs the Facilities and Capital committee for the Board of Trustees, chairs the UF Development Corporation board for the University and serves on the UF Athletic Association board. Mr. Brandon was a founding Director of Peoples Bank in Palm Harbor. He served as a Director for Synovus Bank of Tampa Bay after the merger with Peoples Bank. Mr. Brandon also serves on the board for the YMCA of the Suncoast and is a past board chair. 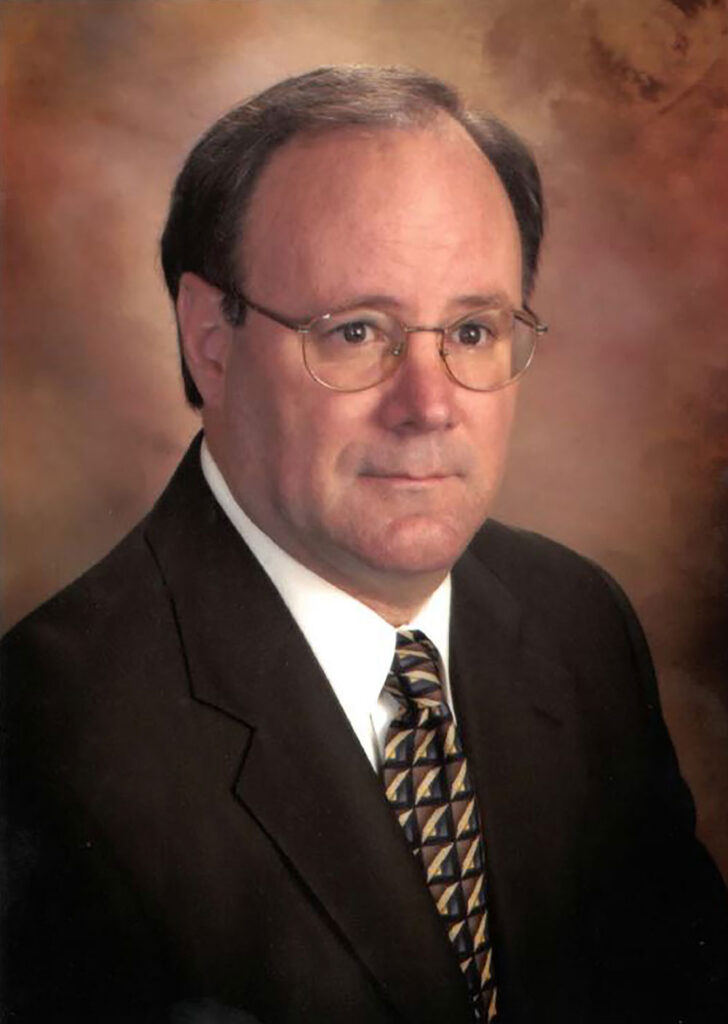 Mr. Hockman is an active real estate investor and served as President, Hilb Group of Florida, LLC.  He was a director of Jefferson Bank of Florida from 2009 until its sale in 2017. He has been involved in the field of insurance since completing his military career as a member of the U.S. Navy in 1972. In 1977 Mr. Hockman joined the Harmon Insurance Agency, Inc. and in 1981 he purchased the company. The company, known as Hockman Insurance Agency, Inc., was sold in January 2014 and is now known as The Hilb Group of Florida, LLC and specializes in commercial and industrial insurance. He was a director of First Kensington Bank from January 2002 until it was sold in September 2006. He served on the board of Citrus Park Christian School of Hillsborough County, Inc. 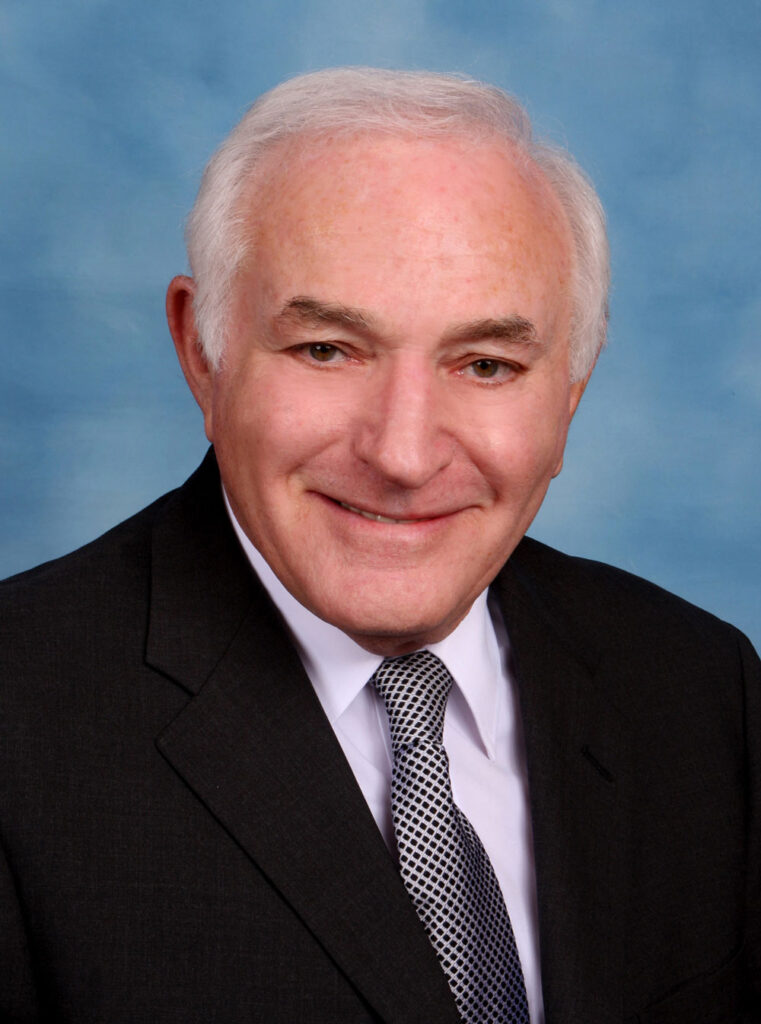 Mr. Klein founded Klein & Heuhan, Inc., a commercial real estate brokerage firm in Clearwater, Florida. The firm was founded in 1983 and limits its practice to commercial real estate brokerage, including acquisition and disposition, management, consulting, and site selection. He served as an organizing director of USAmeriBank from 2007 to 2016 and of Premier Community Bank of Florida from 1997 to 2004. Mr. Klein has also been a founding director of the Florida Gulf Coast Association of Commercial Realtors, and is a past president of the organization, a director of the Clearwater Association of Realtors, and its Realtor of the Year in 1992. He has been a director of Mease Hospital Board of Trustees, the Morton Plant Mease Hospital Foundation, the Jewish Federation of Pinellas County, and Temple B’Nai Israel’s Board of Trustees. 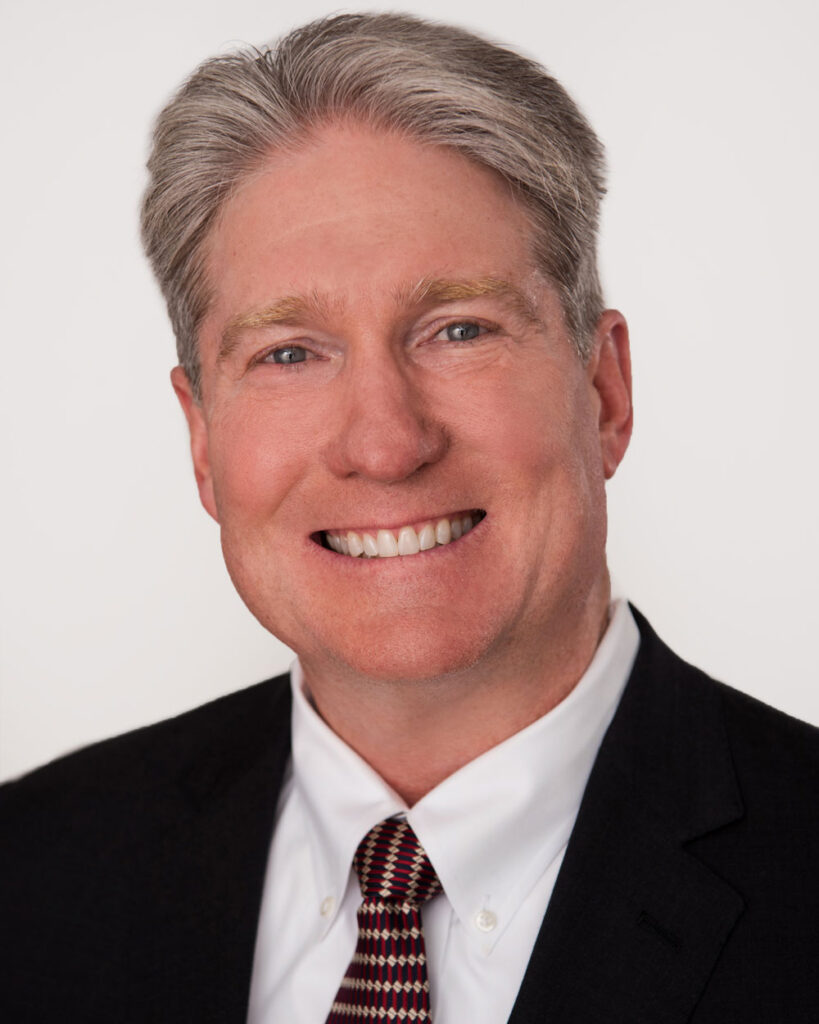 Mr. Marks has primarily owned auto dealerships over his 35 plus years of experience. He currently owns Coast Buick/GMC and Coast Mazda, both in Pasco County and Tallahassee DodgeJeepRam, as well as an extended warranty company and commercial real estate. He was a founding shareholder and Board member of Peoples Bank of Pinellas/Pasco Counties until and including the sale to Synovus Bank and remained on the Board of Directors until 2007. Mr. Marks was named Time Magazine’s “Dealer of the Year, Florida” 2019. He is on the Board of Directors of the Florida Auto Dealer Association. Mr. Marks is active and financially supports numerous philanthropic organizations in the Tampa Bay and Florida. He is a member of Generations Church, a lifetime member of the Florida Sheriffs Youth Ranches, Christian Youth Organizations, Salvation Army-Pinellas, lifetime member of “The Optimist Club”, YMCA-Suncoast, Morton-Plant Mease Foundation and the Methodist Children’s Home- Florida. He graduated from Florida State University -1983, a current member of FSU – Alumni Association and governing board member of FSU-Fraternity Pi Kappa Alpha.

Mr. Oliveri received a Bachelor of Architecture Degree from Louisiana State University in 1987.  He became registered to Practice Architecture in 1992.   In 1992, Mr. Oliveri founded and is the Principle Architect at Oliveri Architects located in Palm Harbor, Florida.  He is currently licensed in Florida as well as thirty-four other states in the US.

He was a director of Jefferson Bank of Florida from 2007 until its sale in 2017. 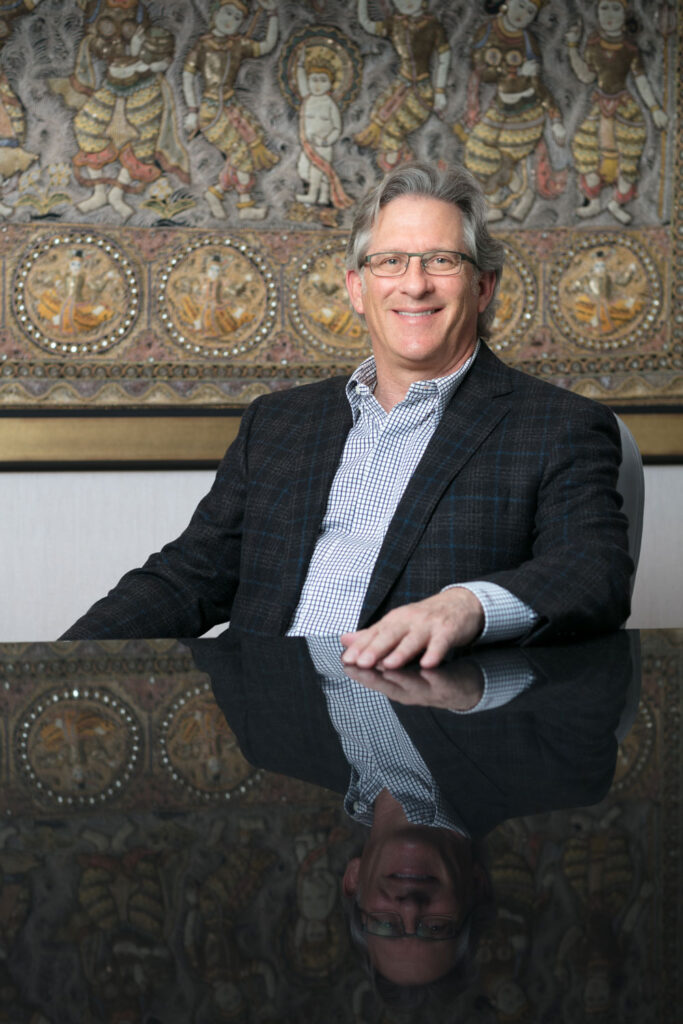 Mr. Sembler is Vice Chairman of The Sembler Company, one of the country’s most recognized shopping center development and management firms, responsible for over 115 major shopping center projects and over 150 freestanding retail stores since its inception. Mr. Sembler has been a member of the International Council of Shopping Centers (ICSC) since 1980. Mr. Sembler previously served on the Board of Trustees of Florida State University, the Board of Gulf Coast Community Care, All Children’s Hospital and Shorecrest Preparatory School’s Board of Trustees. 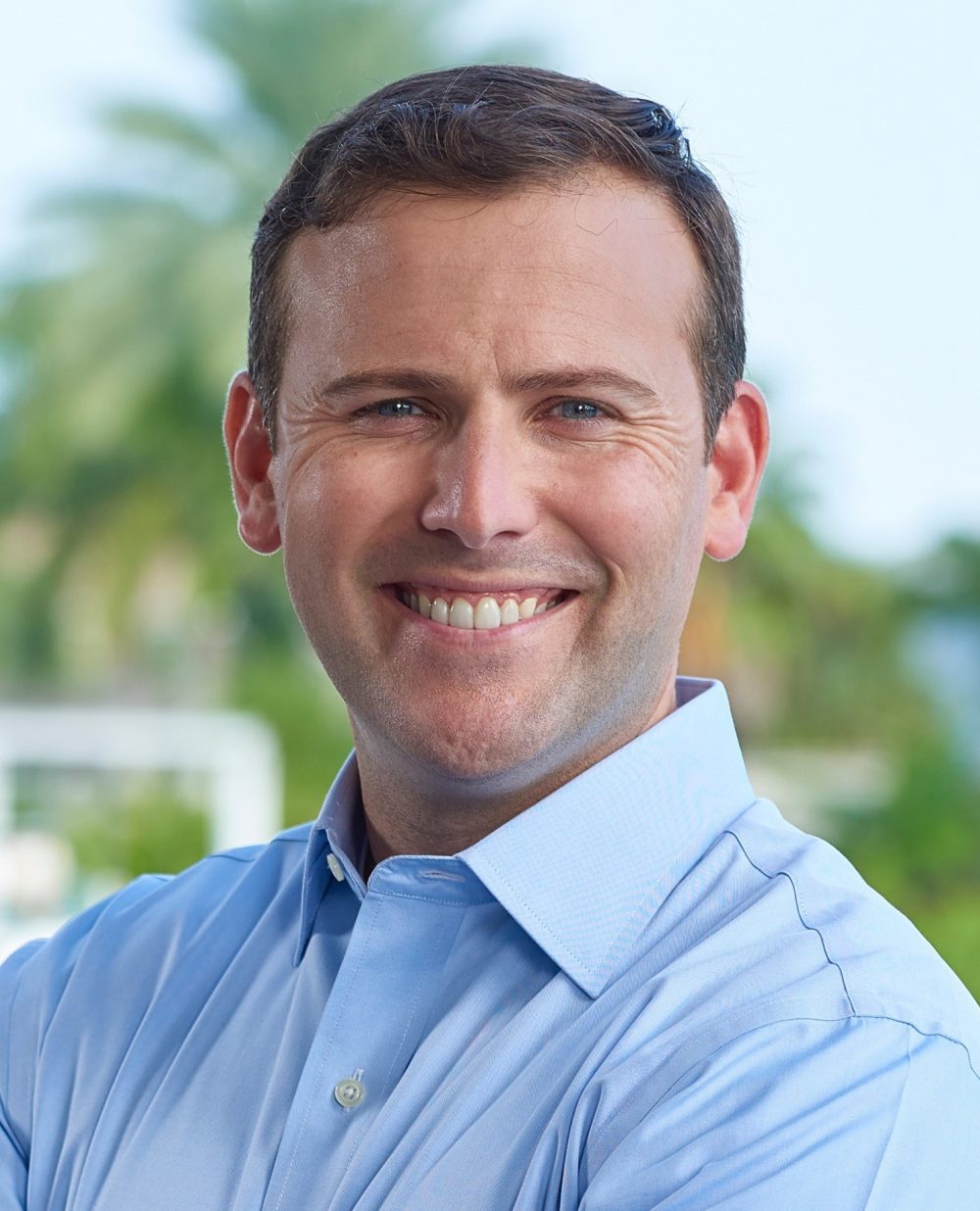 Mr. Sprowls is an attorney with Buchanan Ingersoll & Rooney in Tampa. He currently serves as Speaker of the Florida House of Representatives for the 2020-2022 legislative term and has represented the 65th District, which serves North Pinellas County. Mr. Sprowls attended the University of South Florida, graduating with a bachelor’s degree in 2006, and then the Stetson University College of Law, receiving his Juris Doctor in 2009. He served as an Assistant State Attorney for the Sixth Judicial Circuit. During that time he was appointed as a special prosecutor in the Gang Unit, worked to start the first Veterans Treatment Court in Florida. He is married to his wife Shannon and they have two boys, Prescott and Conrad.